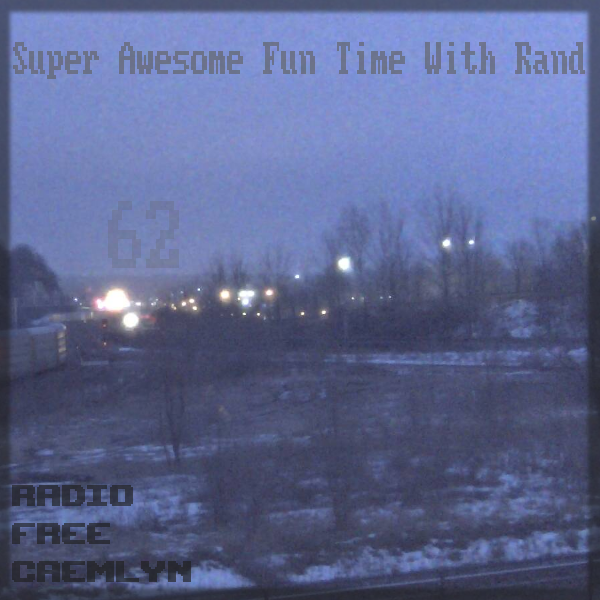 Listen to it here!

I’ve just completed episode 62 of Super Awesome Fun Time With Rand. First of all, thanks to RBCP of the Snow Plow Show for playing an excerpt from SAFTWR episode 37. That was really neat to hear.

So here is episode 62. I started work on this this past Saturday evening and had a bunch of audio clips but not much in the way of music, so I put the project on hold until tonight, being the final night of April, 2018. I’ll close out the old month and open the new with a new collage.

Here’s a run-down of samples used:

From Jadusable/Haunted Majora’s Mask “TheTruth.rtf”
“Turn Down Day” — Cyrkle
“Stand Up Be Strong” — Shiro Sagisu (from a Bleach OST)
“Main Street Electric Parade” – Disneyland
“She’s a Rainbow” — Rolling Stones
DragNet intro
“Death is the Road to Awe” — Clint Mansell
Intro to the first episode of the radio show “Quiet Please”, episode called “Nothing Behind the Door”
“Hey Survivor” — Blank and Jones
Clip from episode one of the YouTube series “Petscop”
Interview clip from David Lynch, talking about ideas
Beethoven piece. Can’t find it in my folders again to put a name to it
I talk about discovering the Phone Losers back in late 2012
I talk about how I started doing podcasts back in 2005
“How to CB”, discussing Citizen’s Band radio
“Steppin’ Out” — Joe Jackson
Intro to an early Radio Free Caemlyn episode, back when it was called Radio Rand al’Thor and used the RaT Project Live intro. No full episodes of The RaT Project remain on the Internet.
“We Will Fall Together” — Streetlight Manifesto
Clip from Monty Python’s “Trivializing the War” sketch
Shortwave recordings
Loop of Unhappiness from Marble Hornets
“Only You” — Yazoo
“Mr. Blue” — Yazoo
Marble Operator intro
“A to Fade In (Adorable Cover)” — Broken Little Sister

2 thoughts on “Super Awesome Fun Time With Rand 62: Chaos is the Road to Wonder”